Our overarching goal is to explore and understand new quantum states of electronic matter on the atomic scale. To do so, we use and develop novel spectroscopic-imaging scanning tunneling microscopy (SI-STM) tools to visualize the relevant quantum mechanical degrees of freedom.

Our goal is to build instruments and develop techniques that enable us to address the questions we find most interesting. This is possible thanks also to Milan’s broad background with different research themes and technologies: he learned his trade in Seamus Davis’ SI-STM lab and with Felix Baumberger, and later moved as an ETH fellow to Andreas Wallraff’s qudev lab where he investigated coupled cavity arrays in circuit QED. We further have group members with different background and interests, working together on physics and instrumentation.

Here are some themes and techniques that we currently work on:

Scanning tunneling noise spectroscopy (STNS). We have developed a novel cryogenic MHz amplifier that allows us to measure not only the average tunneling current, but also its fluctuation! This has many applications: one can detect the fluctuations of the electronic states, peculiar tunneling processes, and shot noise. We have used this instrument to discover charge trapping in the insulating layer of the cuprates, connected to the c-axis mystery, and to measure the doubling of the charge due to Andreev processes to the superfluid in a lead sample. 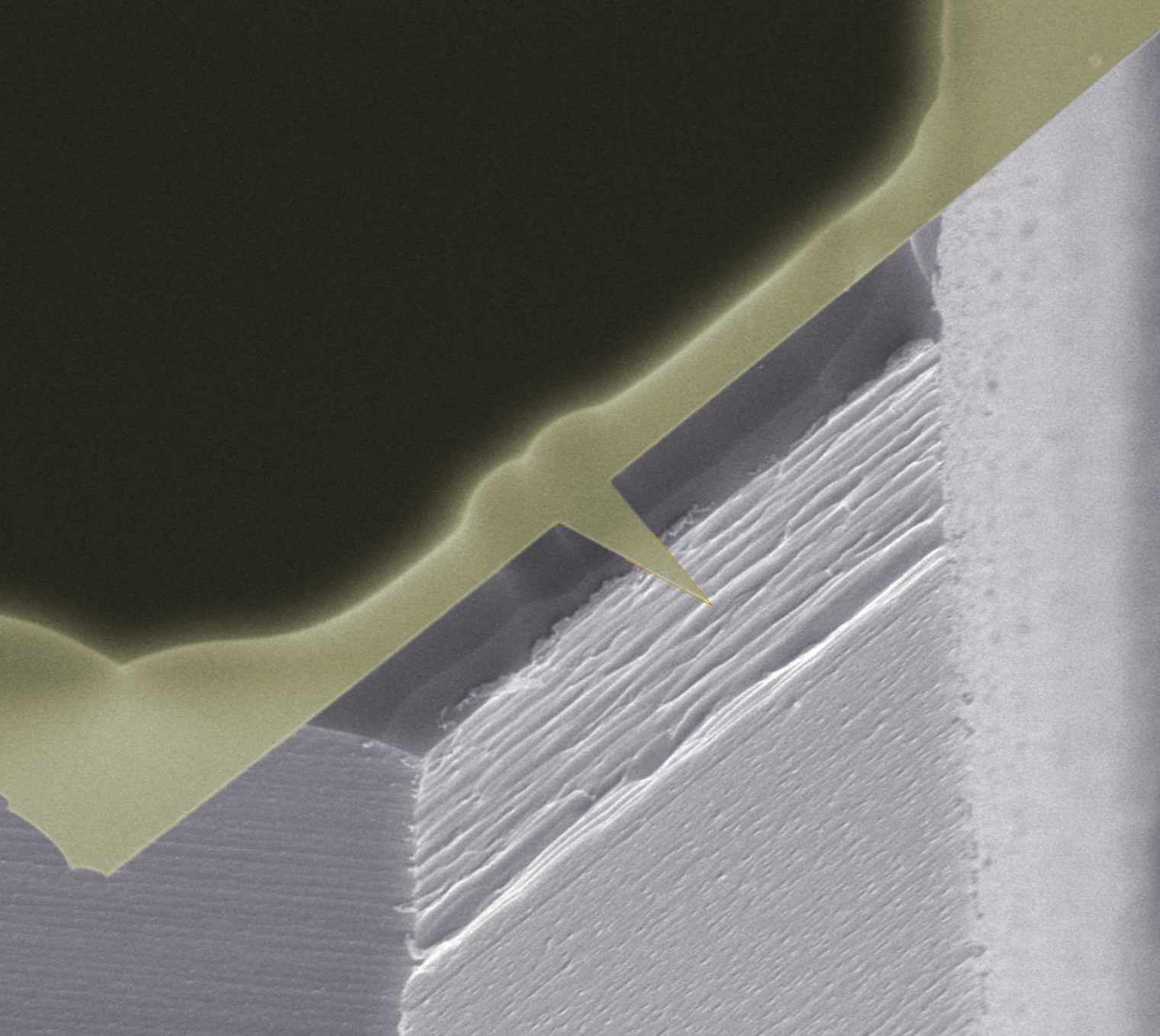 One of the  projects back from my job-proposal is to develop nanofabricated STM tips. The idea behind these “smart tips” is to use the technologies that were developed over decades in nanofabrication and make them available for scanning probe by using a nano-device instead of the traditional STM tungsten tip. One gains the flexibility of using different functionalities that are known from the fields of nanofabrication and mesoscopic physics. We are collaborating with the group Simon Groeblacher at TU Delft to realize this concept, benefitting from their unparalleled micro/nano fabrication know how.  A prototype of a smart tip is shown to the left. See publications in Microsyst Nanoeng, Nanotechnology, and PRB.

Josephson STM. Josephson STM has the ability to gain insight into spatial variations of the order parameter, or superfluid density. We have managed to, for the first time, use JSTM with atomic resolution on a quantum material. We have used atomic-resolution Josephson scanning tunneling microscopy to reveal a strongly inhomogeneous superfluid in the iron-based superconductor FeTe0.55Se0.45. The results and their implications are published in Nature.

We also detected and investigated a quite particular YSR state in the same material.

Strange Metals. The strange metal phase might be the most mysterious phase of high-temperature superconductors. Here, the electrical resistivity grows linearly with temperature T in large areas of the phase diagram, with a mean free path that diminishes to a fraction of the interatomic distance. T-linear resistivity is often associated with quantum critical points and marginal-Fermi-liquid physics. In strange metals, the mystery seems to go even further: we deal with something that looks like a quantum critical phase over an extended range of the phase diagram instead of cumulating in a point. There exists no consistent theory for strange metals, leading to more adventurous new approaches including the holographic theories that use insights from gravity to explain strange metals (a recent textbook on this was written by our colleagues at Leiden University, Schalm and Zaanen). We are part of the ‘Strange Metal consortium NL’ that includes the groups of Hussey, Golden, van Heumen, Zaanen, Schalm, Stoof and Vandoren. 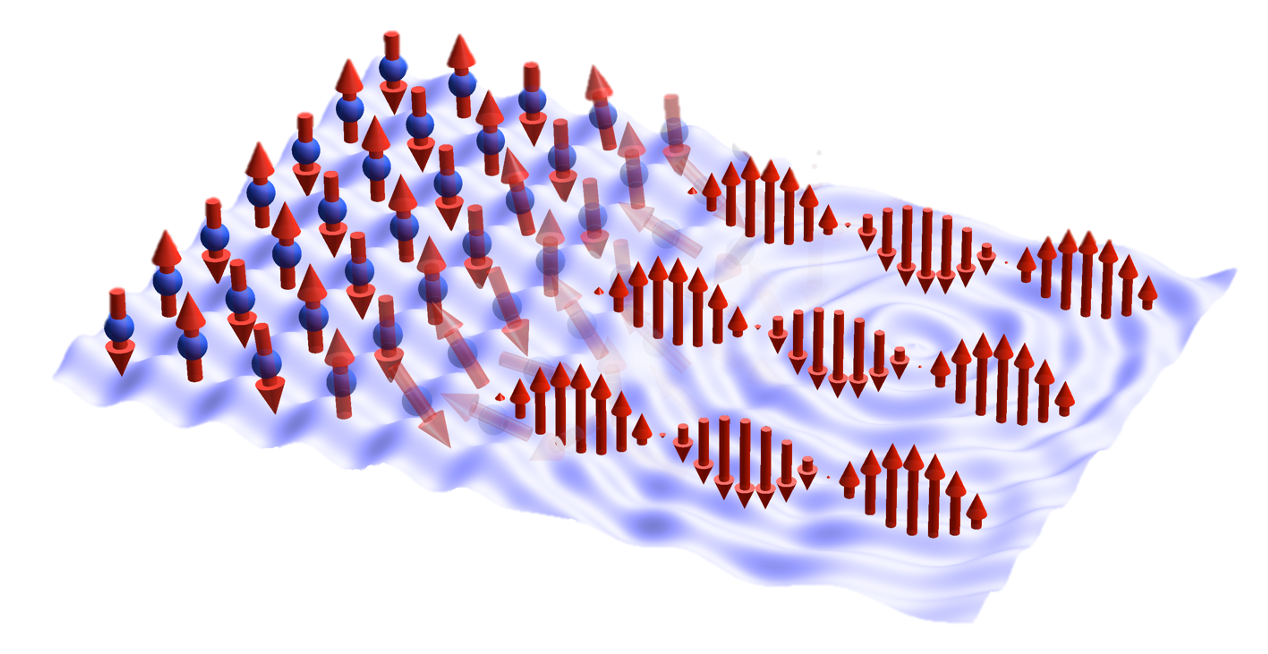 Twisted bilayer graphene and other material with super-periodicities. We have proposed that artificial super-periodicities can lead to improved superconductivity, both because of increased density of states and because of phase space arguments (see image from our SciPost publication below). Perhaps for different reasons, twisted bilayer graphene has been shown to superconduct! We are investigate this material with the groups of Efetov, Baumberger, and van der Molen.